What a difference a week makes!

Exactly 7 days earlier, several of us lunatics did a 300K permanent in Black River Falls. The wind chill at the start was 14 degrees and the air temperature never got above 35 all day long.

Fast forward 7 days: temperature at the start a positively balmy 55 degrees and forecast to get into the upper 70’s. For most of the riders this was the first ride this year without jackets and tights – quite the contrast but enjoyable just the same.

We had a great turnout, 14 riders at the start of what promised to be a lovely day.

The route is a new one for 2016 and features as the “second day” of our June 600K so riders can get a taste of what they’re in for. The route has a nice variety with lengthy stretches rolling through river valleys and a few challenging climbs up to the ridge tops to keep things interesting. 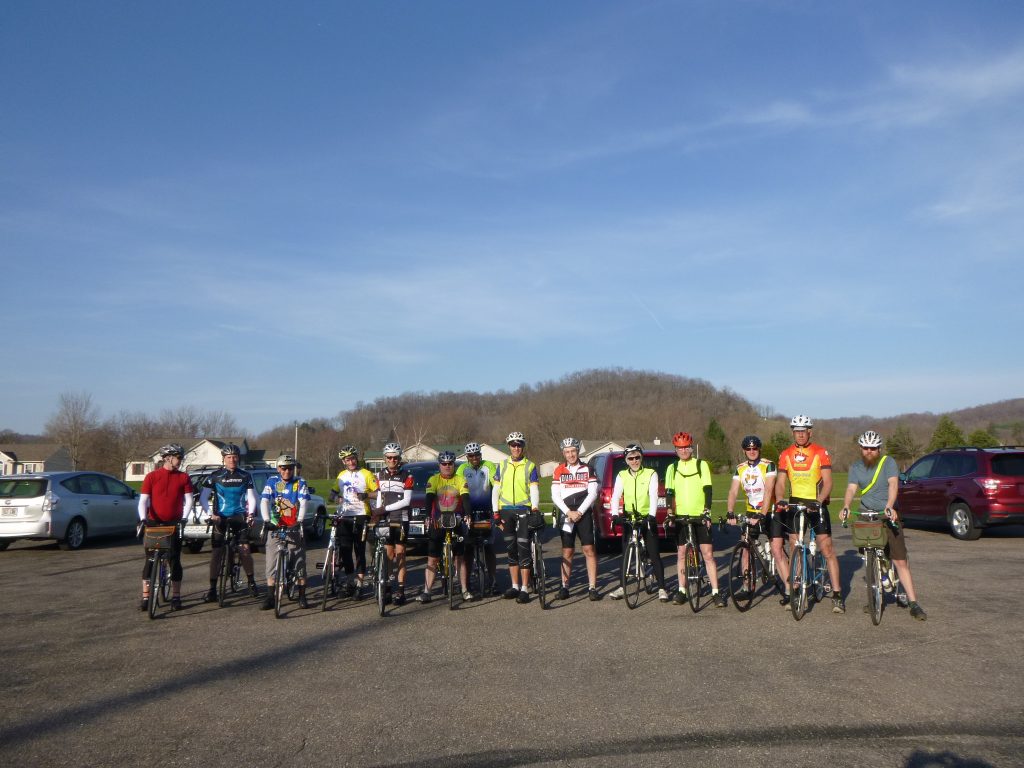 14 Riders at the start

We rolled out of Richland Center as a group and stayed together through the first info control. The route to Norwalk goes through lovely Amish farm country and the limestone bluffs of the Kickapoo river. 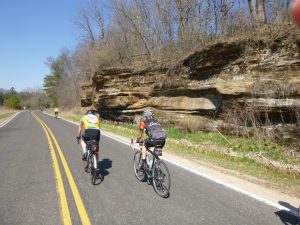 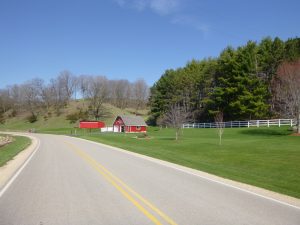 Beautiful farms on the way to Norwalk.

Leaving Norwalk we were faced with the looooong climb out of Norwalk. Everyone made the climb without issue although a few riders missed the turn and ended up doing a few bonus miles before they discovered it. 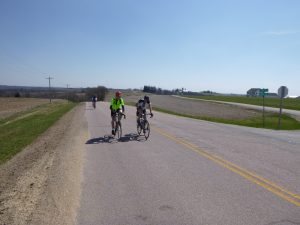 John Thier and Matt Levy at the top of the climb out of Norwalk. 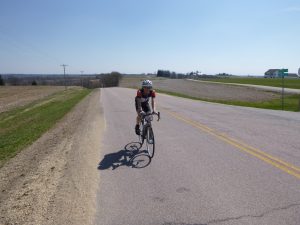 Bill N. at the top of the climb saying “was there a hill there?” 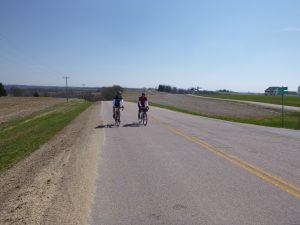 Dan and Steve top the climb. This was Dan’s first brevet and he killed it!

After the control at Norwalk we had a little over 12 miles to Cashton where most of the group stopped for lunch although Dave Meridith would press on without a break (he was the first finisher). After lunch it was a long grind into a freshening SE wind for the next 60 or so miles. It was heating up so keeping the fluids going was critical! 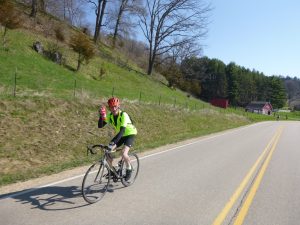 A tough climb up the 11% hill on CR-I followed by a grind straight into the wind for a few miles then a nice descent on CR-E led us to Boaz. Although it wasn’t a control, everyone was grateful for a chance to stop and get some fluids on board before the final 15 miles or so back to Richland Center.

At long last, the finish was in sight with most riders rolling in within an hour or so of each other and a few “extra value” riders a little bit later. 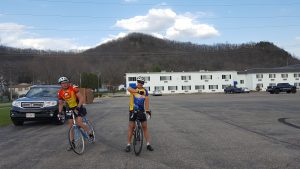 Team Greg at the finish. 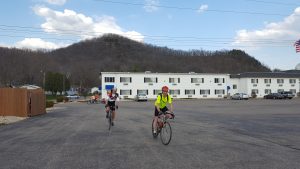 Team John at the finish. 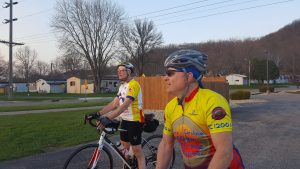 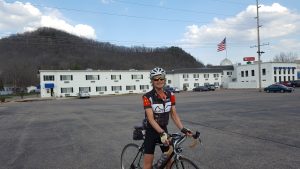 Bill N. at the finish. 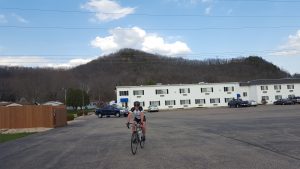 All in all, a great day of riding with glorious weather, good company and beautiful scenery!